CHILDREN OF THE MILLENNIUM, 2000

Created in the year 2000 the installation looks to the future. The material is 56 metres long and has a fingerprint and birthdate from over 7,900 children between the ages of five and eleven from 39 primary schools in Oxford. It took fifteen months to create. Any of these children could make a huge difference to society.

This installation has been exhibited in Christ Church Cathedral (Oxford), Dorchester Abbey, Southside Arts (Southampton) and the cloisters of the Münster (Bonn, Germany), where German children also took part. 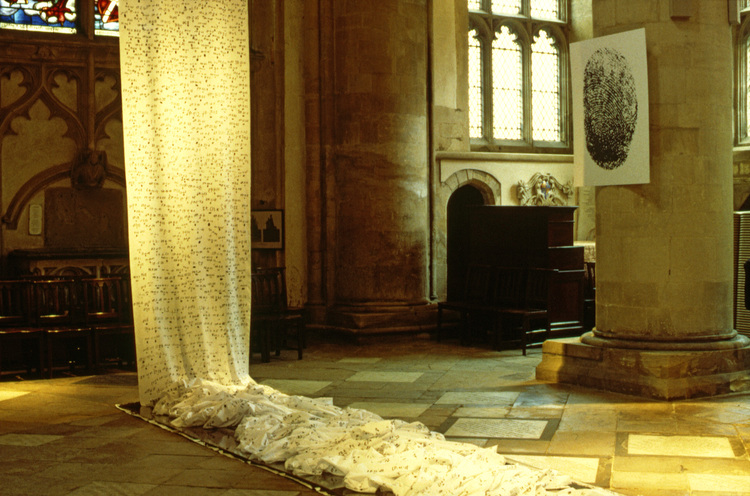 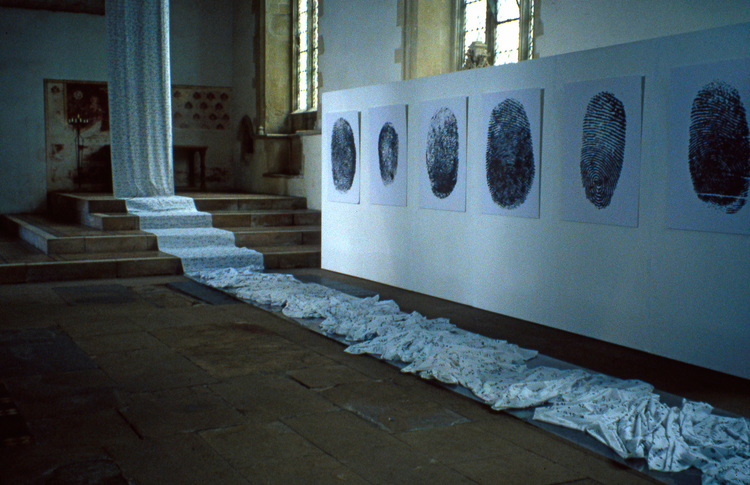 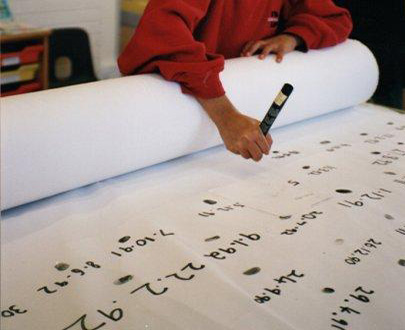 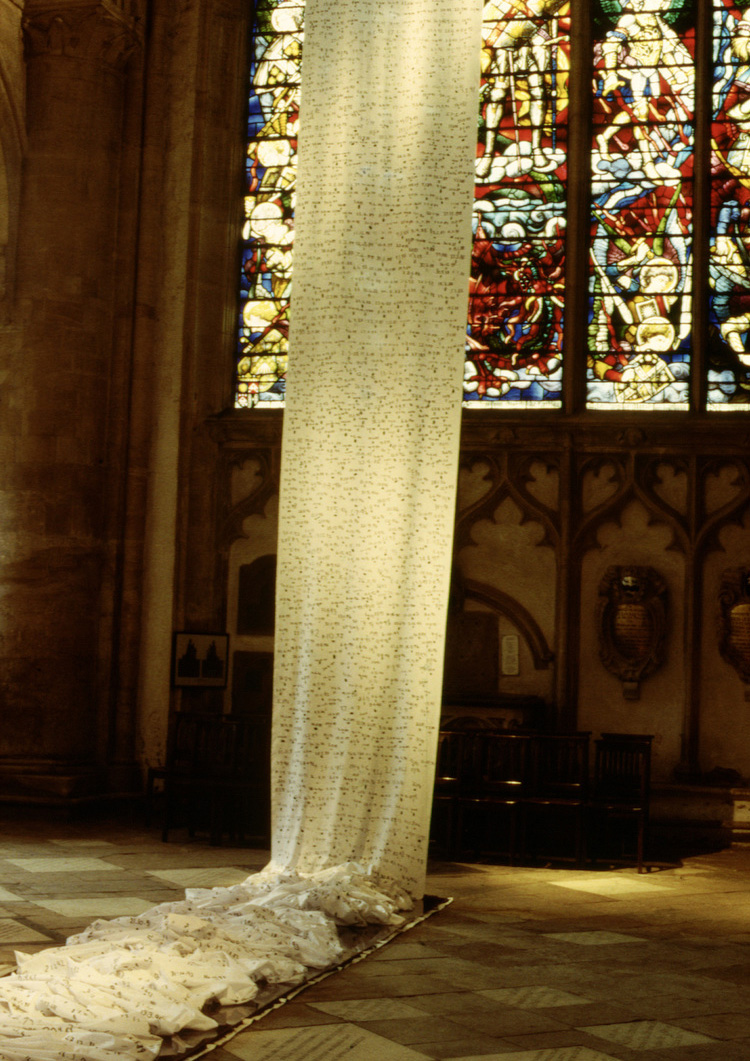 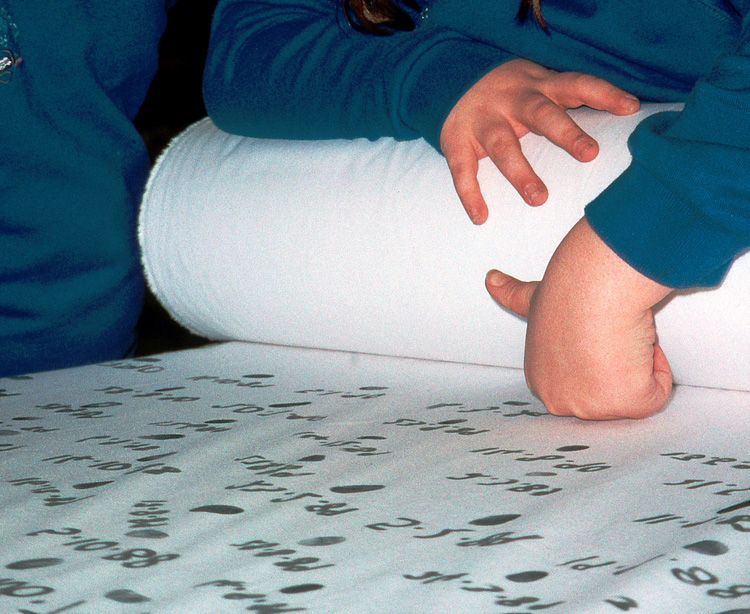